Flutter vs. React Native in 2021: Which One is Better for Your Project?

What is React Native?

React Native is a prominent JavaScript-based open-source framework. It primarily focuses on native application rendering, which is primarily compatible with Android and iOS. React Native is made up of a mix of XML-like syntax and JavaScript. React Native was created by Facebook with the goal of allowing the developer community to work on compatibility with other platforms like Windows or tvOS.

Flutter is an open-source framework that works with Google’s Dart programming language. It’s frequently referred to as an improved UI toolkit for creating cross-platform apps from a single codebase. It enables the creation of expressive and flexible user interfaces with native performance. A team of Google developers, as well as the entire flutter community, support and contribute to it. 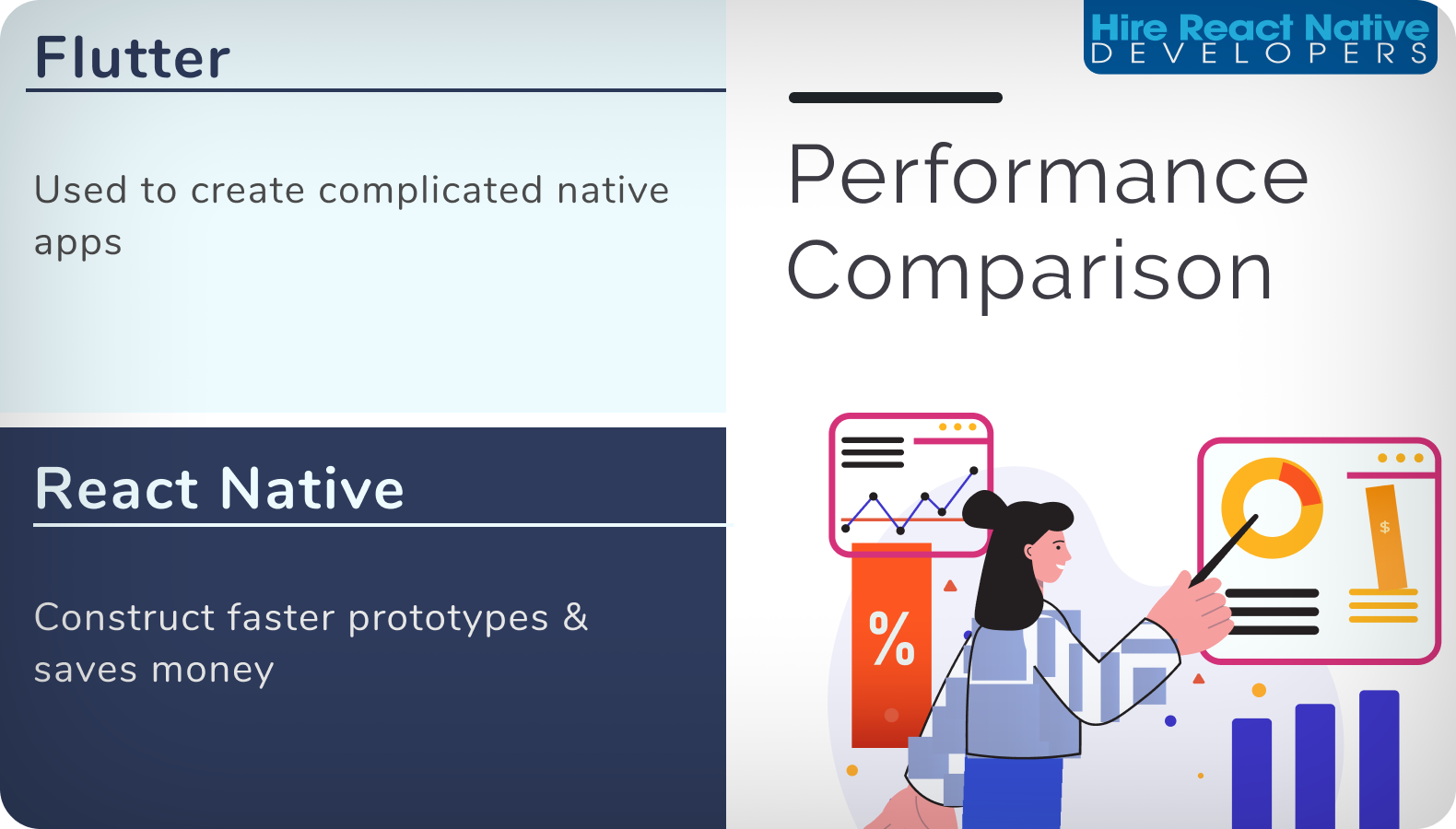 React Native vs. Flutter: Which is Better for Building Complex Apps?

Yes, React Native can be used to create complicated native apps. However, it’s vital to remember that this is only likely to be viable if native app development is combined with React Native. Your application is more likely to be hybrid than cross-platform at that point. The entire process of developing complicated apps using React Native includes not only Java-Script but also native programming expertise.

It’s a good idea to construct faster prototypes when you’re more likely to play with them and save money by seeing your idea in action. The goal is to use Flutter to create two separate prototypes (iOS and Android) and examine the results in the market. After that, you can increase your investment and develop your idea from a simple to a complicated one. 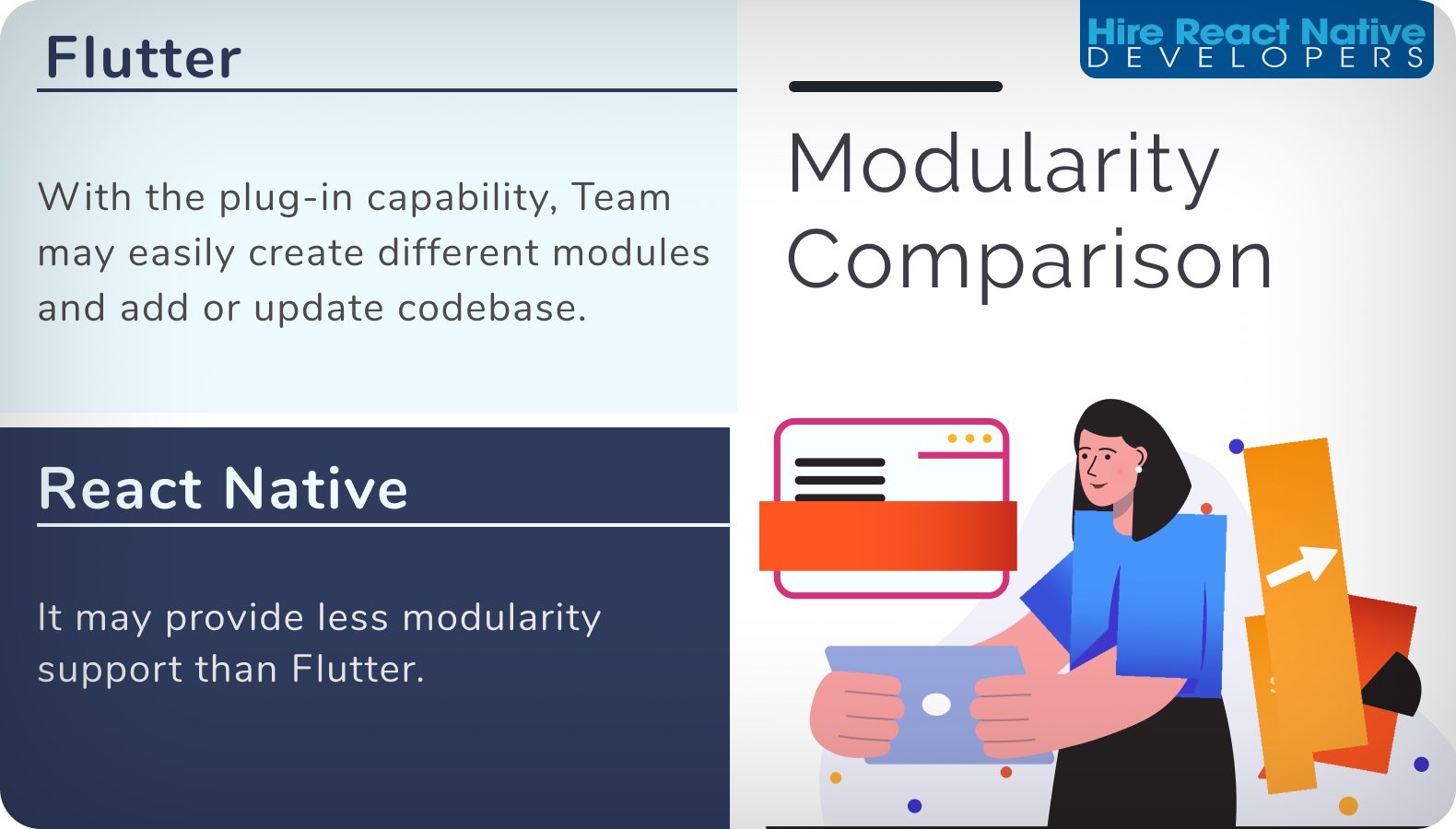 With its pub package architecture, Flutter provides improved accessibility for team variety as well as the partitioning of project codes into distinct modules. With the plug-in capability, your team may easily create different modules and add or update the code-base. At the Droidcon NYC conference in 2019, BMW architects discussed how they were able to work with Flutter with ease across numerous teams with varied skill sets.

React Native Development Service may provide less modularity support than Flutter. Developers of Android, iOS and Reactjs may find it difficult to communicate with one another. Different teams may have challenges with code fragmentation in React Native if they lack experience. React Native, on the other hand, allows various developers to collaborate to some extent by combining simple native pieces from multiple OS platforms. 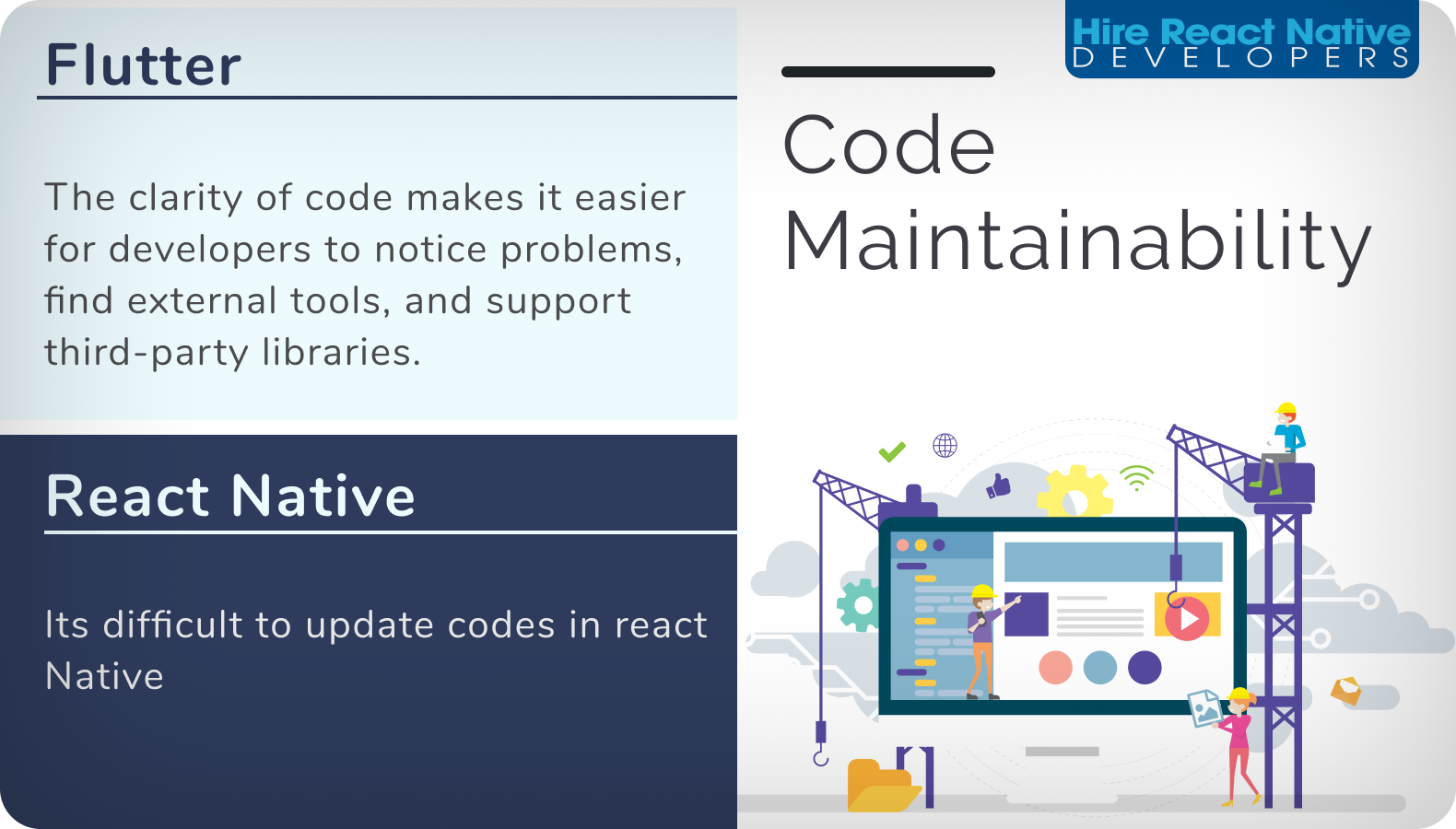 How easy is it to keep code in React Native apps up to date?

Although React Native has one of the largest communities and official support, there are several issues you may have while maintaining the language for your app. In fact, maintaining Flutter is easier than maintaining React Native.

How convenient is it to maintain code in Flutter apps?

Maintaining a Flutter application, on the other hand, is simple. The clarity of code makes it easier for developers to notice problems, find external tools, and support third-party libraries. Furthermore, the state-ful Hot Reloading feature eliminates problems right away. The time it takes to release quality updates and make instantaneous changes to an app is thought to be faster than React Native’s hot reloading capacity. 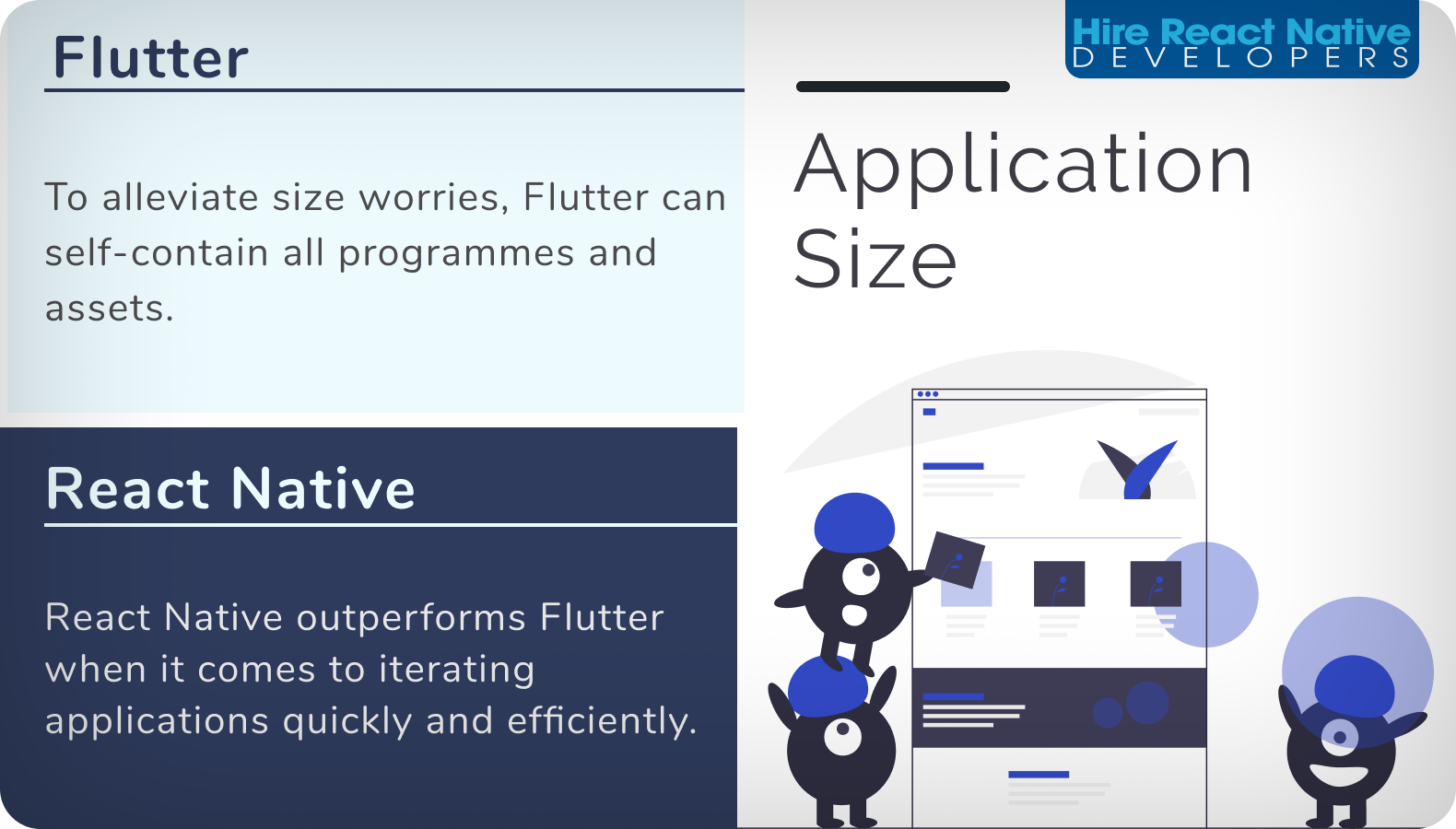 Size of the application in Flutter

A simple hello world app written in Flutter was 7.5 MB in size. The size of this app is influenced by the Dart Virtual Machine and the C/C++ engine in Flutter. To alleviate size worries, Flutter can self-contain all programs and assets. Furthermore, using a custom tag like –split-debug-info reduces the size of the code.

Size of the application in React Native

The Hello World program with React Native was originally 7 MB in size, but it grew to 13.4 MB after native dependencies were added. React Native outperforms Flutter when it comes to iterating applications quickly and efficiently.

Furthermore, activating Pro-Guard and using the enableSeparateBuildPerCPUArchitecture feature would significantly minimize the size of the project by automatically generating split builds for all native and external libraries. 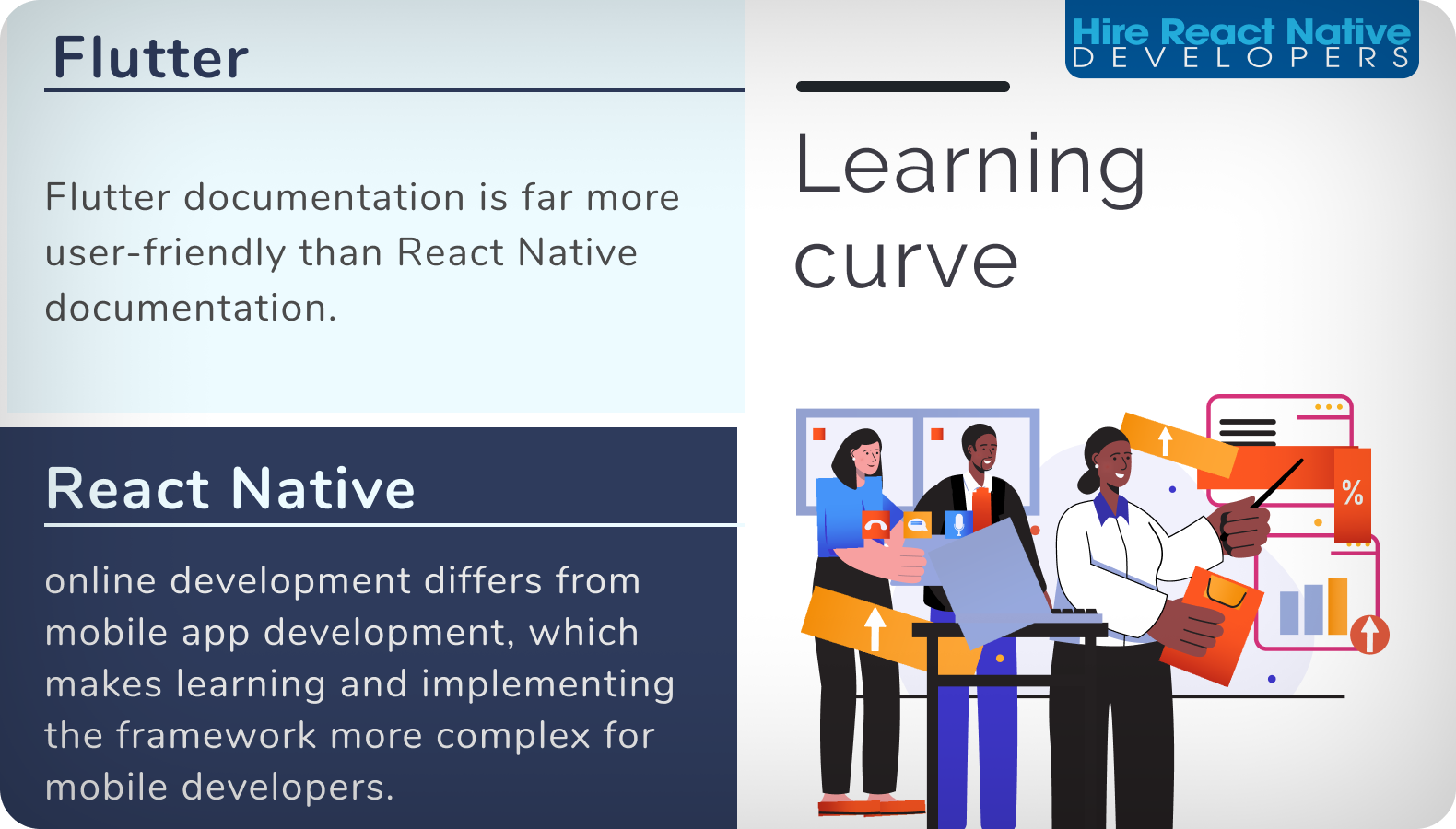 For developers, how easy is it to pick up React Native?

For those who have previously developed applications using JavaScript, learning React Native is a breeze. However, online development differs from Mobile app development, which makes learning and implementing the framework more complex for mobile developers. React Native has released a number of libraries, lengthy papers, and tutorials overtime to help with the learning process. 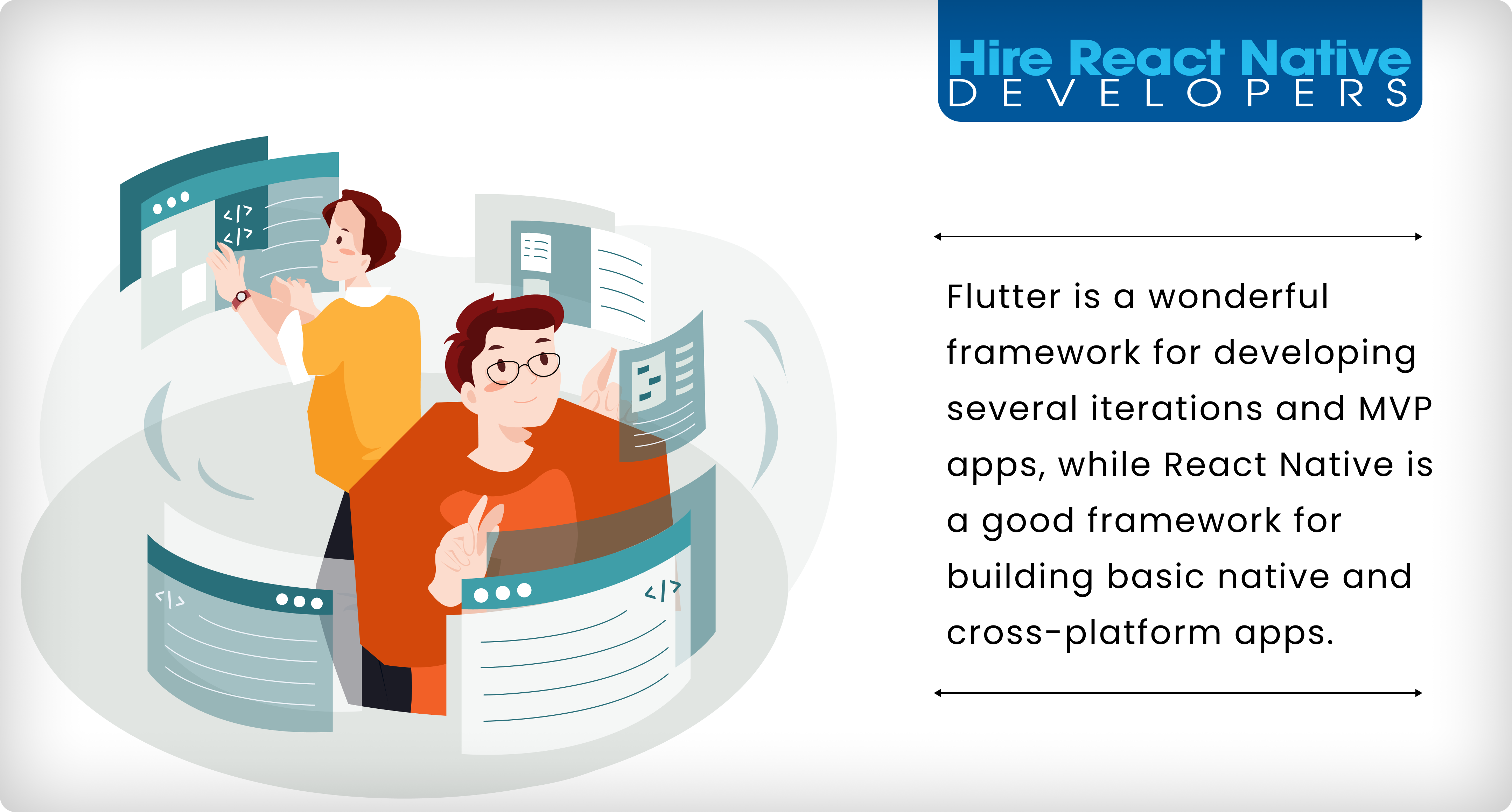 How easy is it for developers to pick up Flutter?

Flutter, on the other hand, is not difficult to master. Writing code in Dart is a little different, but it’s what makes development with Flutter so much easier. All a novice needs to master this framework is a basic understanding of native Android or iOS coding. Furthermore, developers have remarked that Flutter documentation is far more user-friendly than React Native documentation.

Flutter is a wonderful framework for developing several iterations and MVP apps, while React Native is a good framework for building basic native and cross-platform apps. Hire React Native Developers can also help you decide which of these technologies should be included in your tech stack. 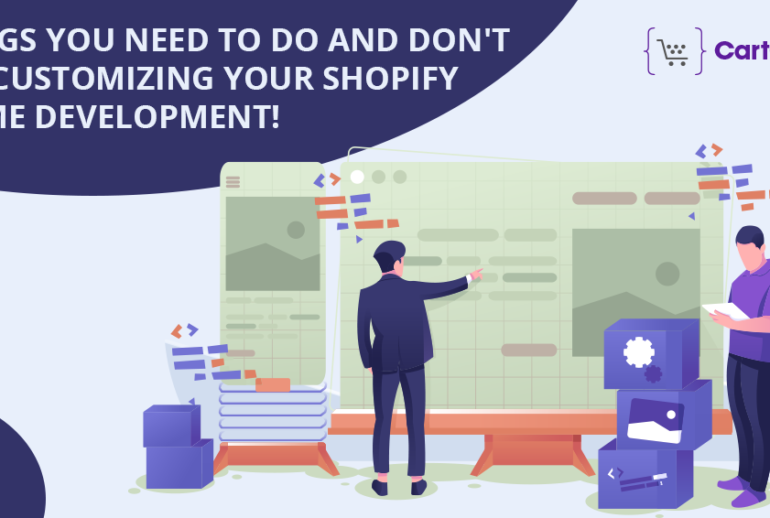 Things You Need To Do And Don’t For Customizing Your Shopify Theme Development! 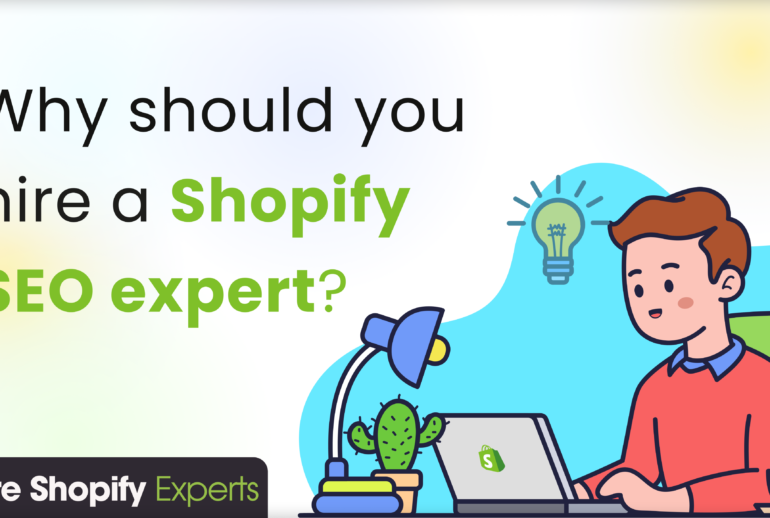 Why should you Hire a Shopify SEO Expert?