Hajj and Umrah pilgrimages remain the sunnah of our holy Prophet (SAWW). He (SAWW) performed a total of four umrahs and only one hajj. Despite this, hajj pilgrimage also remains an obligation for Muslims but for only those who can afford it financially as well as physically. It’s evident from the Sunnah of our Holy Prophet Hazrat Muhammad (SAWW) that both of these pilgrimages hold similar rewards for the pilgrims and that’s why Muslims are advised to observe them successively. Millions of pilgrims from across the globe travel throughout the year for the holy rituals with their Umrah packages 2022 London.

Here’s a brief description of the Hajj and Umrah journeys of our Holy Prophet Hazrat Muhammad (SAWW).

On the 10th year after Hazrat Muhammad’s (SAWW) migration to Madinah, the holy prophet (SAWW) performed the obligatory pilgrimage of Hajj. It is also known as the ‘Hajja-tul-Wida’ (the Farewell Pilgrimage).

The Prophet (SAWW) set out for the journey of hajj with many of his companions (RA) and all of his (SAWW) wives as well. Nearly 100,000 Muslim pilgrims accompanied him (SAWW) for the hajj journey; arriving in Makkah on the 4th of Dhu-al-Hijjah.
The famous ‘Farwell Sermon of Holy Prophet (SAWW)’ was also delivered by him (SAWW) during this pilgrimage on the occasion of ‘Day of Arafah’. In which, Hazrat Muhammad (SAWW) advised Muslims to worship only one God (Allah Almighty); to remain in unity with each other, and also that there exists no discrimination of rich or poor, white or black, Arab or non-Arab between Muslims.

The journey resulted in the ‘Treaty of Hudaibiya’ and over 1,400 Muslims accompanied Holy Prophet (SAWW) assuming the state of Ihram. However, upon arriving in Makkah, the Quraysh leaders were alarmed by their number and as a result, refused them entry to the city. Negotiations were then made between the Muslims and the representatives of the Quraish and Prophet Muhammad (SAWW) signed a treaty ‘Hudaibiyah’ as well. It was agreed between both the parties that Muslims would return to Madinah this year (without performing umrah) and shall come again next year to perform umrah they wouldn’t be denied entry to Makkah then.

Though Muslims didn’t technically visit the Holy Kaabah rather returned to Madinah, this journey was still considered as the ‘First Umrah’. Consequently, the second umrah was performed in the 7th of Hijri i.e., the next year as per the rules of the treaty of Hudaibiyah.

These are some of the necessary things to know about the Holy Prophet’s (SAWW) hajj and umrah.

Fedex Drop Off Near Me 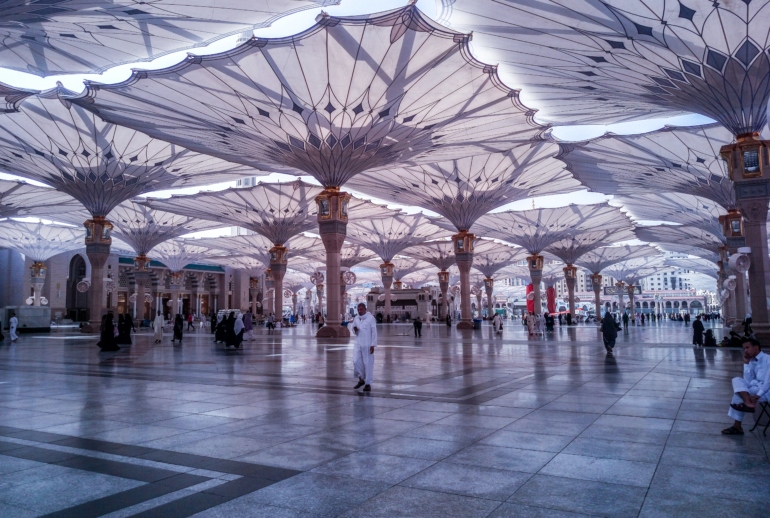 Can i Perform Umrah on a Business Visa?