10 Advantage For Maintaining A Wood-Burning Fireplace 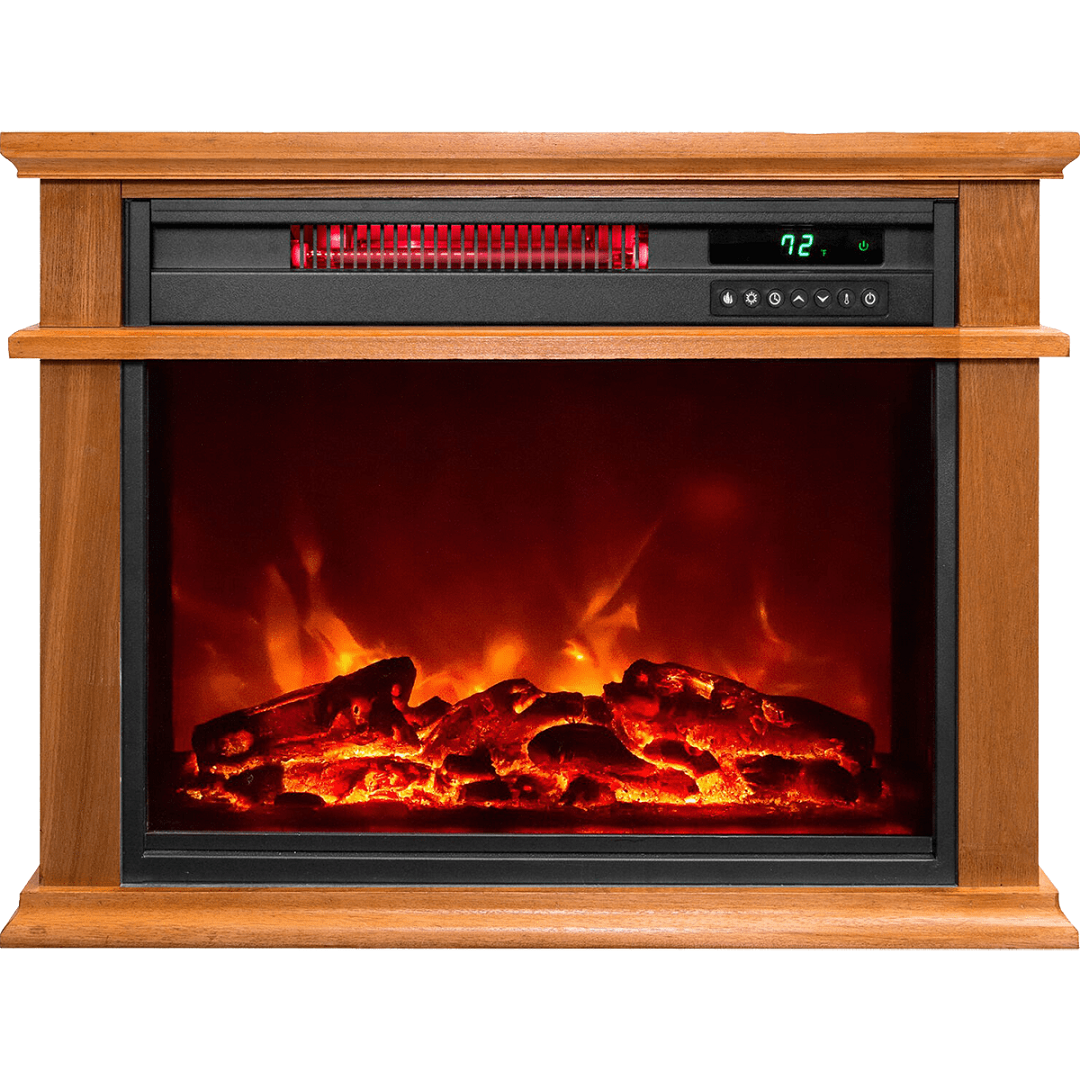 Using a wood-burning fireplace has several benefits. You’ll be able to save money on your heating bills, as well as complement your main heat source. No indoor fireplace can compete with the crackle and brightness of a log fire when the winter winds blow outside. Keep your fireplace in good working order by maintaining it often.

As a result of faulty installation, operation, or maintenance of wood-burning fireplaces, they might cause fires in your home. For example, creosote buildup in a chimney might cause embers to erupt if the fire is not properly guarded. In addition, wood-burning fireplaces can hurt the air quality in a room. Smoking may smell lovely, but it is harmful to your health, according to the US Environmental Protection Agency’s Burn Wise program. As soon as you see smoke coming out of your fireplace, you know it’s not working correctly.

The air that is consumed by the fire might also create negative pressure in the home. However, if “make-up” air is reintroduced into the home through the flue pipes of gas or oil heaters, it can also attract hazardous combustion gases, such as carbon monoxide. To prevent this, every home should have working smoke and carbon monoxide alarms.

Safety is the most important reason to have an expert check, clean, and test any chimney when you move into a home, says Ashley Eldridge, a veteran chimney sweep and director of education for the Chimney Safety Institute of America. Residents can clean and maintain their fireplaces, but they are unlikely to have the knowledge or skill to identify all potential faults during an examination.

Elements of a fireplace

For example, a “Rumford” fireplace is named after the 18th-century British Earl Rumford who created the concept. Rumford fireplaces were far superior to their predecessors in terms of eliminating smoke from a hearth and heating a room. A Rumford-inspired fireplace can even outperform some newer, more contemporary fireplaces.

Its combustion chamber is made of heat-resistant refractory bricks, and its inside is lined with heat-resistant clay square tubes, called “tiles.” There are non-combustible materials used for the visible elements of the hearth and the fireplace, such as conventional brick, stone, or tile. To keep rain and snow out of the fireplace, a metal or stone slab is occasionally placed on top of it, as well as a screen to keep birds and animals away from it. Also, the screens operate as a spark arrestor, keeping the fireplace’s top from being overtaken by embers, explains Eldridge.

Small cast iron hatches are erected above the fire to provide access to it. The hatches are actuated by an attached handle. As soon as you light a fire, it closes. To help regulate the intensity of a fire, it can also be used to control the amount of air that passes into the combustion chamber to fuel it. When there is a fire, it is usual for fireplaces to have a screen or mesh protector to keep embers from entering the room. As a result, a fireplace may feature a glass door that should be left open when the fire is burning but can be closed when the fire has been reduced to embers or when there is no fire, to decrease undesired airflow through the fireplace.

For greater airflow and combustion, many fireplaces will additionally feature a cast-iron ash discharge door in the firebox floor in addition to the raised fire grate. It permits cold ash to be extracted from the firebox and placed in a chamber below the firebox, commonly in the foundation of the chimney’s foundation in the basement. Using another small, airtight metal door, the ash may be collected from there without contaminating the finished living area.

Wood burning fireplaces with special metal inserts are becoming increasingly popular, even though the masonry firebox is still the most frequent. Fireplace Inserts often have blowers that circulate air around the outside of a sealed firebox, making the fire a more efficient warmer for living rooms than a traditional fireplace would. Wood burning fireplaces become more like a wood stove when this feature is used.

How does it work

Open the damper before lighting your fire so that smoke and combustion gases can escape before you start the fire! When a fire is kindled, the extremely hot combustion gases climb up the chimney by convection. Pyrolysis is the name given to this method of combustion. As well, the fire pulls air from the hearth to fuel the flame’s burning. Smoke rising from the chimney’s top continues to take in fresh air for combustion, as the flame stabilizes and hot and deadly combustion gases continue to rise.

The damper is closed once the fire has been extinguished and the ashes are cold to avoid unwanted heat loss from the hearth. It is then possible to clean the ashes out of the firebox or to deliver them to an ash dump by opening the floor of the chimney.

A fireplace is not a good space heater, according to CSIA’s Eldridge, because it pulls hot flue gases up and out of the house, as well as air conditioning. Making your home feel cold and drafty is a large part of what makes your home’s makeup air. An exterior-to-chimney makeup air pipe eliminates both air infiltration and the potential hazard of countercurrent owing to a lack of combustion air by installing a conduit between the exterior and chimney.

Glass doors on fireplaces can make them safer and more efficient. Thus, the fire is better protected and the airflow to it is better controlled. A fireplace with glass doors, on the other hand, has a relatively low heating efficiency. This can achieve by installing an EPA-approved, high-efficiency metal insert. It’s possible to transform a typical wood-burning fireplace into an eco-friendly, energy-efficient heating source, saving the homeowner money.

Taking care of your fireplace

You can either use the ash chute or scoop them out of the firebox when it’s fully out and they’re cool. Plant nutrients can add to flower beds by spreading ash.

The most crucial element of chimney and chimney maintenance is sweeping the chimney and completing a yearly inspection. Fires that burn inefficiently produce soot and creosote, which can accumulate over time on the fireplace. A “chimney fire” can occur if the coating accumulates up enough. While the firebrick combustion chamber is designing to come into close touch with the fire, Eldridge says that the chimney’s interior is not designing to do so. As a result, a fireplace fire can inflict catastrophic damage to everything above the damper. As soon as there is a 1/8 inch or more buildup of creosote, the chimney should be cleaned. Because moisture in the air can react with creosote to generate acids that can damage brickwork and cause strong aromas, sweeps should be done before summer.

As soon as the hearth has been cleaned, a protective cloth places on it. Wearing a respirator can help avoid sneezes and coughs. It is important to clean your home of dangerous substances such as soot and creosote dust. Soot and creosote are then removing from the fireplace’s interior walls and still using metal or plastic fireplace brushes and equipment, coupled with a vacuum system. The chimney cap also inspects and creosote removes from the top of the chimney. An occasional chemical cleaning can employ. 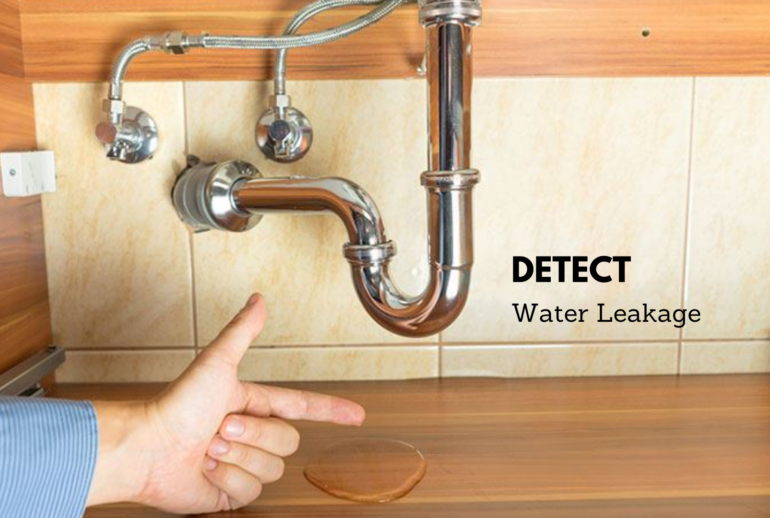 How to Detect a Flow-Based Water Leakage?

A GUIDE to Present-Day Decorative Paintings