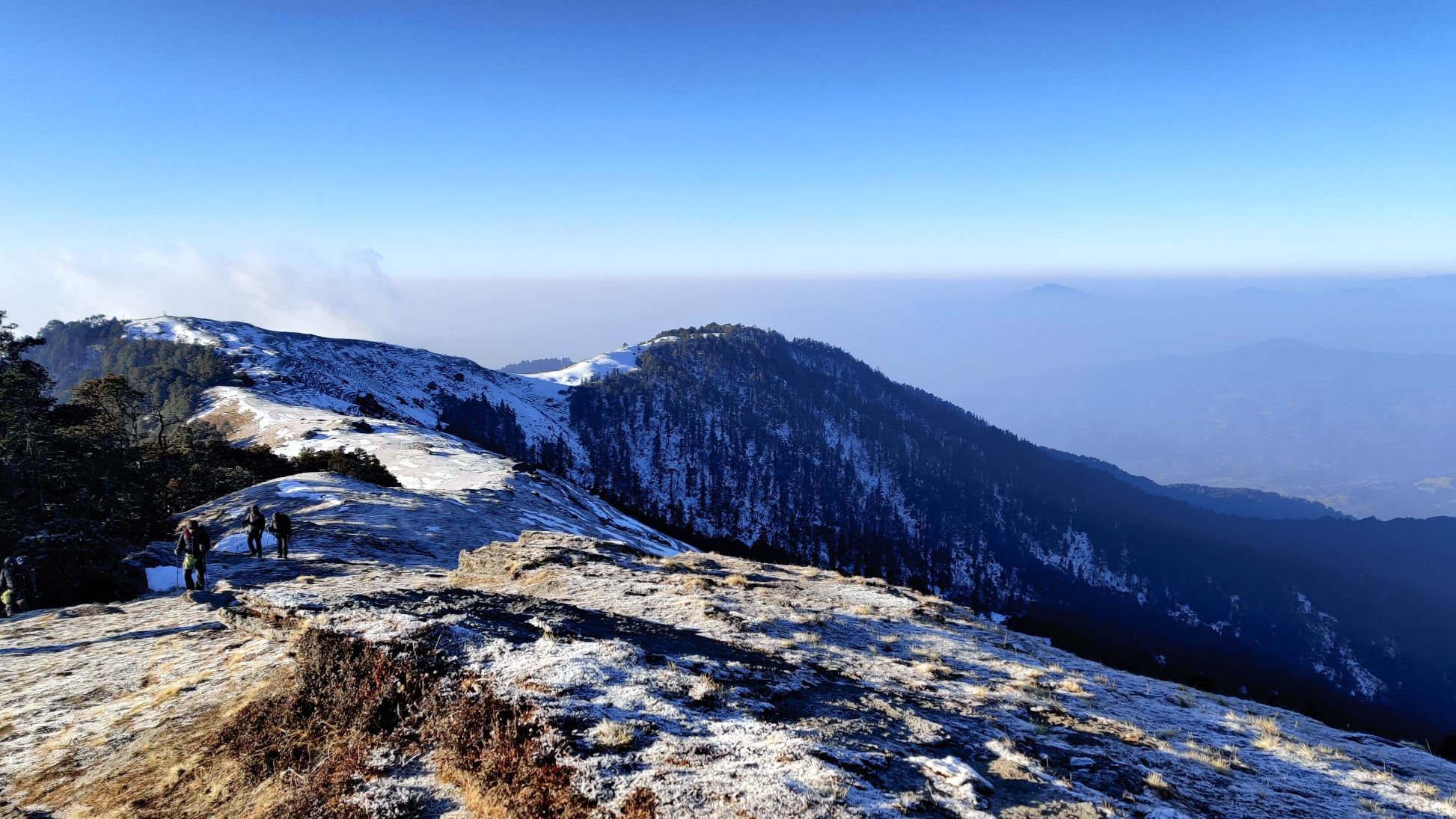 Fluffs of cotton snow cover the Himalayas and the surrounding area, turning their hues white. Trekking in India during the winter, particularly in the Himalayan high ranges, is a completely different experience. The snow-covered Himalayas transform into a trekker’s paradise and a skier’s hotspot throughout this season. So here you will explore about Top 5 Winter Treks in India.

India boasts a multitude of high altitude areas to enjoy winter trekking, ranging from the majestic Himalayas in the north to the K2 mountain in the east. Snow-capped mountains, flowing rivers, lush forests, and green valleys abound in Uttrakhand’s highlands. It’s no surprise that they provide limitless sports adventure options and have something for everyone else.

Garhwal Himalayas, in collaboration with Indian Himalayas, have devised a selection of unique package trips to rekindle your passion for trekking and make your stay in this paradise a memorable one. The following are some of India’s greatest winter trekking spots for ice activities such as skiing and snow trekking.

The Dodital walk in Northern Uttarakashi is ideal for individuals with average trekking skills, as it is located at a height of 3307 metres above sea level. You’ll walk through lush woods of Oak, Fir, Rhododendron, and Deodar on your way here. The surrounding scenery is very stunning as a result of this. You may also take in the breathtaking views of the Garhwal Himalayas from here. The lake is teeming with fish, including some rare species such as the Himalayan Golden Trout. Wildlife abounds in the woodland that surrounds the lake. It offers a tranquil setting for relaxation and leisure activities such as angling and bird-watching.

The Dodital Trek is one of the most gorgeous treks in the Garhwal Himalayan area. It is blessed with high grassland that is covered in snow during the winter, babbling streams, deep alpine woodland, and a rich variety of flowers. The trip begins in the Bhagirathi valley, which is tucked away at a height of 1,350 metres.

It then winds through a mystical forest and softly climbs to Darwa Top at a towering elevation of 4,150 metres. Dodital, also known as Ganesh-ka-Tal, is frequently referred to as one of the holiest lakes in the Garhwal Himalayan area since it is said that Lord Ganesha, a Hindu deity, was born there. Also explore about Kashmir Great Lakes Trek .

This is perhaps one of India’s most stunning winter hiking trails, and it has long piqued the interest of adventurers all over the world. Trekking on this path is a treat for both your eyes and your spirit, offering spectacular and gorgeous snow views of the majestic Himalayas. Trekking here also provides spectacular views of Trishul, Nandadevi, Kedar Peak, and Chaukhamba Peak.

Dayara Bugyal is one of Uttaranchal’s most picturesque locations. This wide meadow, located at an elevation of 10,000-12,000 feet, is unparalleled in natural beauty in Uttranchal. During the winter, it offers superb and one of the greatest ski slopes in India, spanning 28 square kilometres.

The route to Dayara Bugyal splits off near Bhatwari, about 35 kilometres from Uttarkashi, on the Uttarkashi Gangotri road. Vehicles may be driven up to the settlement of Barsu, from where it is a 9-kilometer hike to Dayara. Another option is to travel via Raithal, which is 10 kilometres from Bhatwari. Dayara Bugyal is roughly a 7-kilometer hike from here.

The snow leopard, often known as the ounce, is a true mountain predator. Snow leopards may be seen at Hemis National Park from November to March. Hemis National Park is a high-altitude protected area in Ladakh’s freezing desert that was established in 1981. It was created to preserve and safeguard the region’s distinctive flora and animals. It spans 600 square kilometres in the Markha and Rumbak valleys.

The snow leopard is the most endangered mammal in Ladakh. The Kyang, or wild horse, is another one that is distinctive. At lower elevations, the musk deer is also an uncommon sight, valued for its pricey musk. During their trek, visitors are likely to see marmots, mouse hares, stone martens, red foxes, wolves, ibex, Bharal, and Shapu. The habitats of the Nyan (large horned sheep), Chim (Tibetan antelope known for its fleece or Shahtoosh), Goa (Tibetan gazelle), lynx, Pallas cat, Kyang (wild horse), and Brong dong (wild yak) remain outside the visitors’ visiting sphere.

One of the main draws in Ladakh that attracts a lot of adventurers and animal lovers from all over the world is Hemis National Park. It extends throughout the whole Rumbak Valley and is 4100 metres above sea level. Numerous animal species, including Snow Leopards and Himalayan birds, call the national park home. One of the most well-known winter treks in the Ladakh region is the Snow Leopard Trek, which is located in an area where human hospitality emerges and gives rise to a wild stretch of rugged mountains dotted with creatures like snow leopards, Tibetan wolves, blue sheep, horned sheep, and Eurasian Brown Bear among others.

Because it is the most remote region in Ladakh during the winters, Zanskar holds the distinction of being the least tamper with microcosms of Ladakh. Due to excessive snowfall, this location is rendered inaccessible for approximately eight months of the year, resulting in the closure of all access permits. As a result, it is one of Tibet’s few remaining cultural satellites. This geographical seclusion, along with the esoteric nature of Buddhism practised here, has allowed the ten thousand people who call this place home to retain and sustain their cultural identity.

This Chadar journey allows you to break through the seclusion and investigate some of the settlements along the Zanskar River during the winter. As a result, you’ll be able to see the region’s ecosystems at a special time of year. A visit to the ancient monastic establishments of Karsha and Zangla will deepen your understanding of the mysteries of Shangri-la, a region of culture preserved in time behind the Zanskar Mountains’ walls. Up to Hanamur and Pidmo, which sits before Pishu and Zangla in Zanskar, the only large communities on this walk are Chilling and Lingshed.

So, why don’t you pack your bag and head to India for a winter trek? Have a good time, enjoy the Indian winters, and bring back some exciting memories. 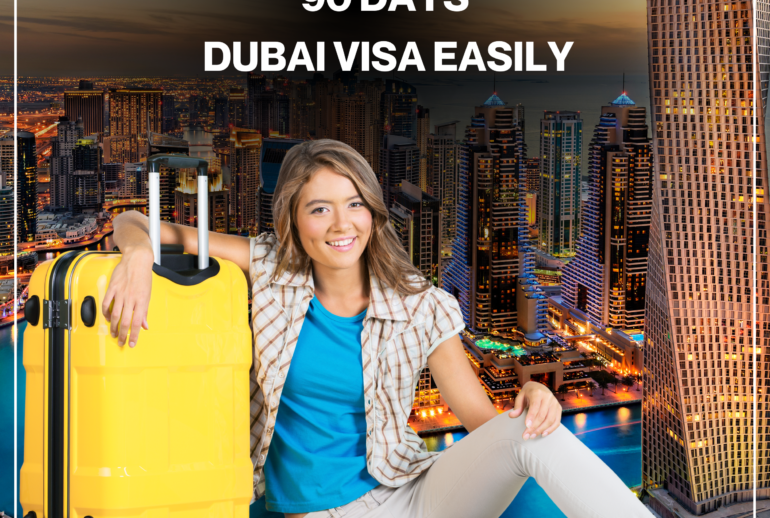 How to Apply for a 90 Days Dubai Visa Easily

Protect yourself against fraud on the Hajj or Umrah. While on a pilgrimage to the Sacred Land