Only an experienced software developer would know how much effort one has to put while creating a scalable, compatible, and a resource-consuming app. It is not a simple task to untangle the complications when it comes to incorporating 3D graphics, advanced functionality and innovative technologies such as Augmented Reality in apps. Talking about AR technology, well, there are two types of AR Apps; first, there are marker-based apps that use predefined markers to trigger the AR Overlays at the top of the image. Whereas, the location-based apps use GPS, accelerometer or compass information displaying AR objects at the top.

Honestly, the stimulation of Augmented Reality (AR) requires significant tools to function smoothly and hassle-freely. In this article, we have tried to bring out a few popular and acknowledged AR Tools, which have gained considerable attention in the AR Development Industry. So, let’s understand the basic features of most popular Augmented Reality tools available in the tech-market for developers to make the task easier.

Along with exclusive features such as instant tracking, Cloud Recognition, and Cylinder Tracking, it also provides you with an amazing opportunity to enhance your objects, space and images with outstanding 2D and 3D Content. It also introduces a 3D Model which is based on the unique concept of object tracking and Alignment Initializer. Supported by prevalent platforms such as Smart Glasses, Windows, Android and iOS, it has empowered more than 40,000 applications of multiple industries.

Unlike others, Apple has its own AR platform, known as Apple ARkit. Apple launched a new file format popularly named as USDZ in ARkit 2.0. It could be used to systematize the data of 3D imaging which basically curtail the compatibility errors providing developers great aura for coding. Apart from offering a bundle of user-friendly tool-kits, the Apple ARkit provides amazing features such as Visual Inertial Odometry (VIO) for tracking the environment without any chaos. Additionally, its staunch tracking features also introduce great 3D characters and face effects. Apple ARkit not only analyzes the layout of the room but also proceeds with the detection of horizontal planes, including the tables and floors.

Supported by famous platforms such as Android and iOS, this free tool also provides you more than 8000 markers and outstanding features such as object tracking, image tracking, barcode scanning and Simultaneous Localization and many others. Along with 3D track targets, it also brings out to the table some of the paid plans to experience an extraordinary, professional and enhanced performance of this tool. Also, enjoy Multi-Target Tracking and Extended Image Tracking, which allows you to track the far end of the camera and smoothly tracks three images simultaneously.

Developed in C and C++ language, this software allows the developers to create impressive Augmented Reality Applications smoothly. It is with the help of ARtoolkit one could easily calculate the users’ viewpoint in real-time and steadily coincides with the real-world objects. The real camera position and relative orientation of market cards could be calculated with the visualization techniques with the help of a computer. Furthermore, the latest version of AR toolkit provides the great functionality of optical and video see-through. It runs on a few popular and reliable operating systems such as Mac OS X, SGI IRIX, PC LINUX and Windows.

With 100,000 in-built English vocabulary and the facility of text recognition, it ensures you the option of customization. Along with a small terrain feature it allows the users to create an enhancing 3D Geometric map of any environment, it could easily convert constant images into full-motion videos as soon as the completion of a target surface. Apart from that, Vumarks is another attractive feature of Vuforia, as they are custom-built markers that could encipher a huge range of data formats and even looks better than a QR Code. It is supported by many renowned operating systems such as iOS, Unity, Android, and Universal Windows Platform.

Unlike others, Google AR Core does come up with an advanced and exclusive interface. It is specifically designed for Android as well as iOS users providing amazing features to the huge customer-base of Android and iOS Users. Compatible with Unity, Unreal and Java/OpenGL, this market-based app runs appropriately and converts smoothly due to its light estimation feature. In fact, this free tool also provides a smart light tracking feature that helps the developers to pursue realistic objects.

The most important factor is to analyze, research, and find out the best Augmented Reality Tool that fits in well with your requirement while tallying up the market demands. So, here we have jotted down a quick list of best AR Tools for you to have a brief idea. Despite the fact that these tools are responsible for making our tasks easier, it is still difficult to have hands-on the entire process of Mobile Application Development without any professional assistance.

Probably this is the reason why we always recommend consulting or getting in touch with a renowned mobile app development company like Auxesis Infotech. The experts here are highly skilled and proficient, and you can easily avail complete assistance from them, not only in choosing the best AR Tools for development, but also enjoy various innovative mobile application development services. 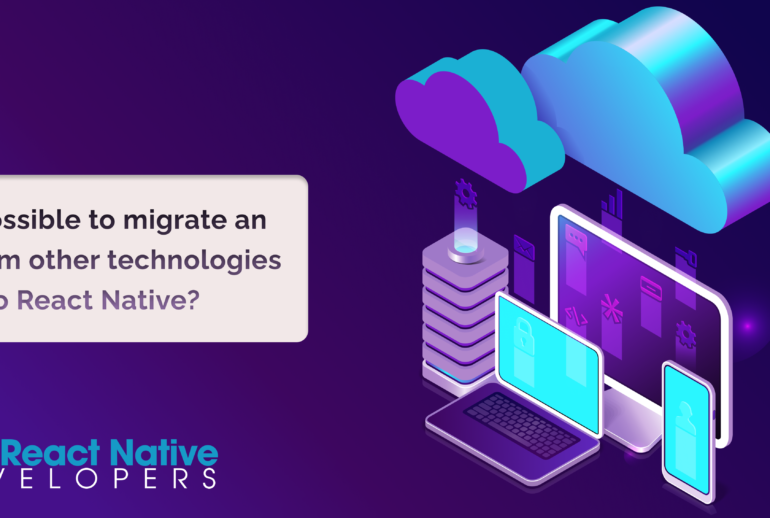 Is it Possible to Migrate an app from other technologies to React Native?